Poland Report is a 288 page study completed in 1959 of the Hydrology of the LA Basin. It's an excellent example of a Hydrology Report.

In the late 1990's, Playa Vista illegally installed two large drains in Area B. Jonathan Coffin, a local Ballona photographer, found them some 20 years later. Grassroots shared photographs of the Drains with the California Coastal Commission. A member of the CCC Enforcement Division said "This is the exact opposite...". In December 2019 the CCC demanded the Drains be removed. They were capped instead. After a year the Drains began leaking again but in the meantime Rainwater began raising the water table in the Ballona Wetlands.

Those of us like Grassroots Coalition who are opponents of the Final Environmental Impact Report have asked repeatedly to have a current Hydrology Report done. We want to know just how much the hydrology has changed since the wetlands were deprived of Rainwater for 20 years.

We have found that reading the documents below, or just scanning the diagrams will help you understand the underground hydrology of Ballona Wetlands, and how hydrology reports are actually done.  You can compare the Ballona Restoration Final EIR pages which fail to discuss hydrology period.

1954 House Documents 389 and 780 establish Marina del Rey. 900 Acres of Ballona Wetlands were re-purposed for the Marina.

Only 640 acres were preserved as vital wetlands. Now the FEIR proposes digging up approximately half of it 20' to 30' deep to invite saltwater intrusion into the Aquifer beneath the wetlands. This was not what the public paid $140 million to preserve for a Predominantly freshwater season wetland preserve. 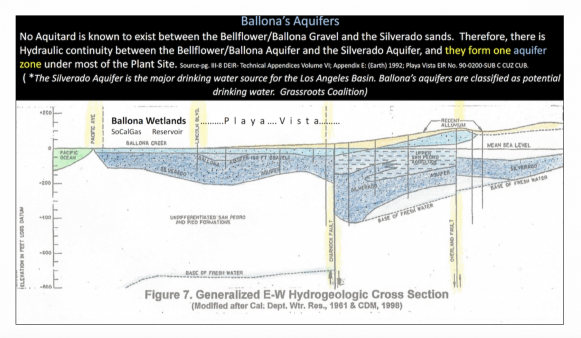