The California Department of Fish & Wildlife and Playa Capital LLC have agreed to stop draining freshwaters from Ballona Wetlands via the unpermitted drains. CDFW has applied for a Coastal Development permit to cease the drainage.

LOS ANGELES--(BUSINESS WIRE)--Grassroots Coalition (GC), an organization that has long worked to protect the Ballona Wetlands, a predominantly freshwater seasonal wetlands on the Los Angeles coast, prevails in its lawsuit against the California Department of Fish & Wildlife (CDFW) and Playa Capital LLC.

“Water is the main requirement for a functional wetland. …The Unpermitted Drains disrupt water supply through direct fill and draining of a wetland and habitat within the reserve.”

The Ballona Wetlands were acquired by the State in 2004. Since public acquisition of Ballona as an Ecological Wetland Reserve in 2004, CDFW became the steward of the Reserve and has allowed the drainage to continue. CDFW has submitted its Application for a Coastal Development permit to cap the drains. Capping the drains is an incomplete result but there will be a Coastal Commission hearing, expected to be in Los Angeles in August, where the application will be evaluated. After expected, vigorous public testimony, the Commission will decide what remedies, fines and studies must be done to determine environmental harm caused by the drains and any further mitigation that will allow the wetlands to recover.

Recent rains demonstrate the rapid dewatering function of the unpermitted drains that CDFW has wrongfully allowed to exist for the past 13 years since taking over stewardship.

Margot Griswold, one of California’s leading wetland restoration ecologists said: “I am relieved to know that the water in this area of the Ballona wetlands will be retained to allow plants and animals to flourish in one of the last remaining coastal wetlands in Los Angeles. It makes no ecological sense to drain any wetland, and especially one that has been preserved and protected by public money. Thank you to Grassroots Coalition for doggedly following up on this issue.”

The Coastal Commissioners sent letters in 2013 and 2014 to both the CDFW and Playa Capital LLC, citing the drains as both unpermitted and a violation of the Coastal Act. The CCC’s 2014 letter’s detailed response emphasized ongoing harm to the wetlands:

“Water is the main requirement for a functional wetland. …The Unpermitted Drains disrupt water supply through direct fill and draining of a wetland and habitat within the reserve.”

Environmental restoration studies, undertaken since the CDFW takeover of Ballona, have not included hydrology studies pertaining to Ballona’s freshwater aquifers or habitat, and significantly, the studies done have excluded any reference to the ongoing drainage of its freshwaters—both rainwater and groundwaters. The California Coastal Conservancy is in charge of the approvals and purse strings for studies done and has failed to report on the drainage devices and fails in production of onsite freshwater hydrology studies. This is especially worrisome as Ballona has been caught up in years of California’s infamous drought.

The State Lands Commission (SLC), since Ballona’s acquisition, now owns, on behalf of the public, the portion of Ballona Wetlands that Playa Vista uses as its flood control element for further development. SLC has allowed Playa Vista, on the east side of Ballona Wetlands, to manage the flood control system to which the unpermitted drains are attached in violation of the Coastal Act.

The protection of Ballona’s rainwaters is vital because while its groundwaters are typically at or near the surface due to multiple underlying freshwater aquifers, the Playa Vista development currently dewaters and diverts virtually all of Ballona’s former ground and surface waters—sending them into the Santa Monica Bay or into the sanitary sewers.

Patricia McPherson, President of GC, cited, “New issues of conflict of interest arise as it appears clear that the very agencies charged with the protection and restoration of Ballona’s fragile freshwaters and seasonal wetland/upland ecosystems have instead degraded Ballona by allowing the throw away of Ballona’s freshwaters.” 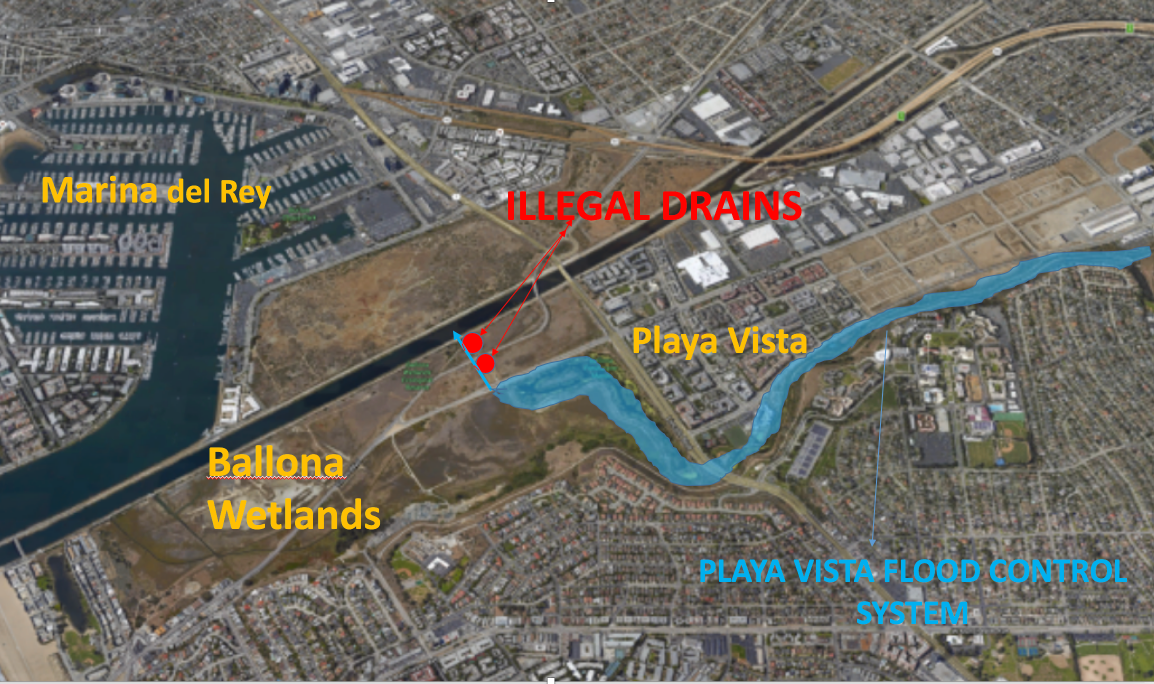 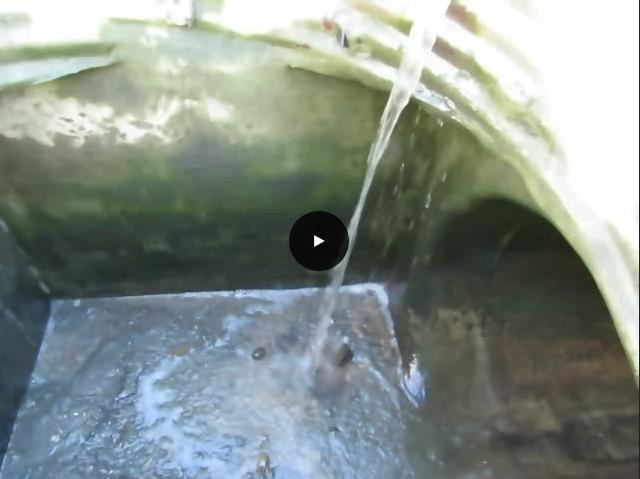 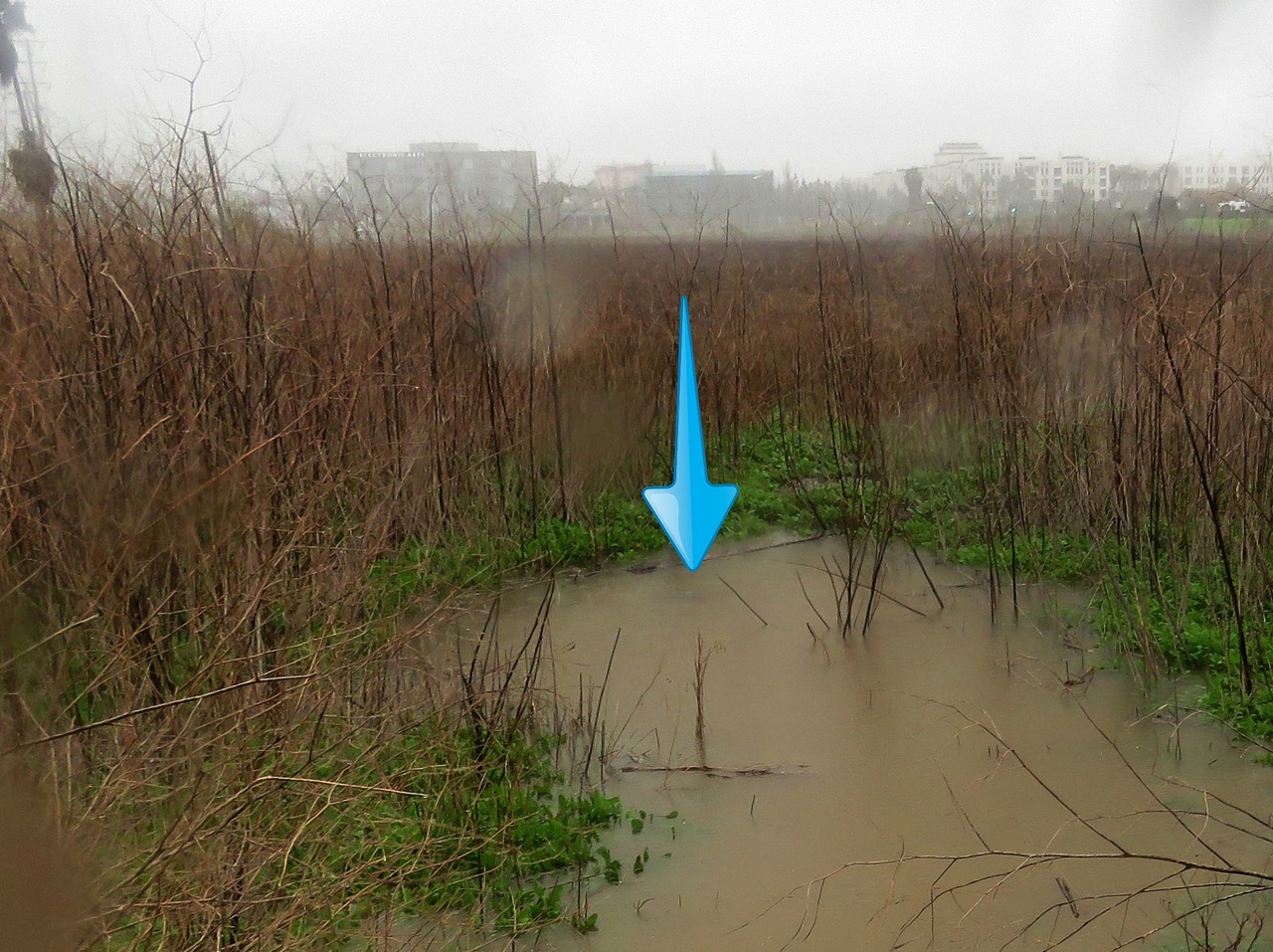 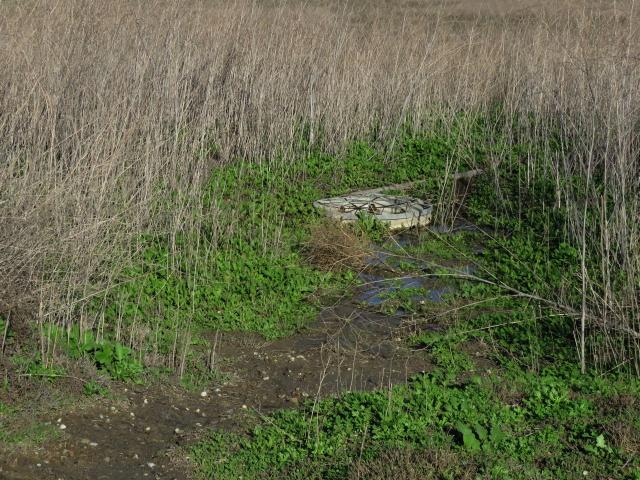 1-23-17 South Wetland Drain - Rainwater Has Been Drained Out of Wetlands
into Ballona Flood Control Channel to Pacific Ocean throwing away roughly
100,000-200,000 cubic feet of water from this drainage area alone. Click to See: Ballona Wetlands Ecosystem Album on Jonathan Coffin's STONEBIRD flickr at 7,900 views
www.flickr.com/gp/stonebird/2B49Dz
*** Below is a preview of the hundreds of wild life and plant pictures Jonathan has taken over the years. 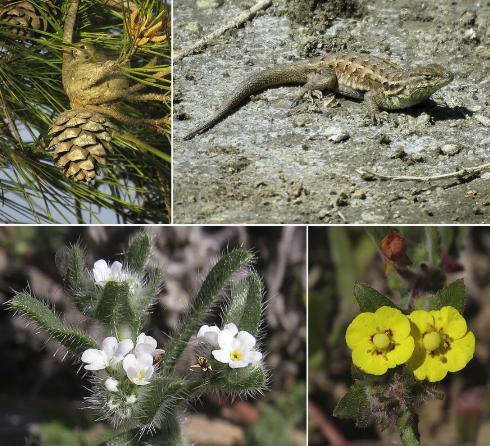 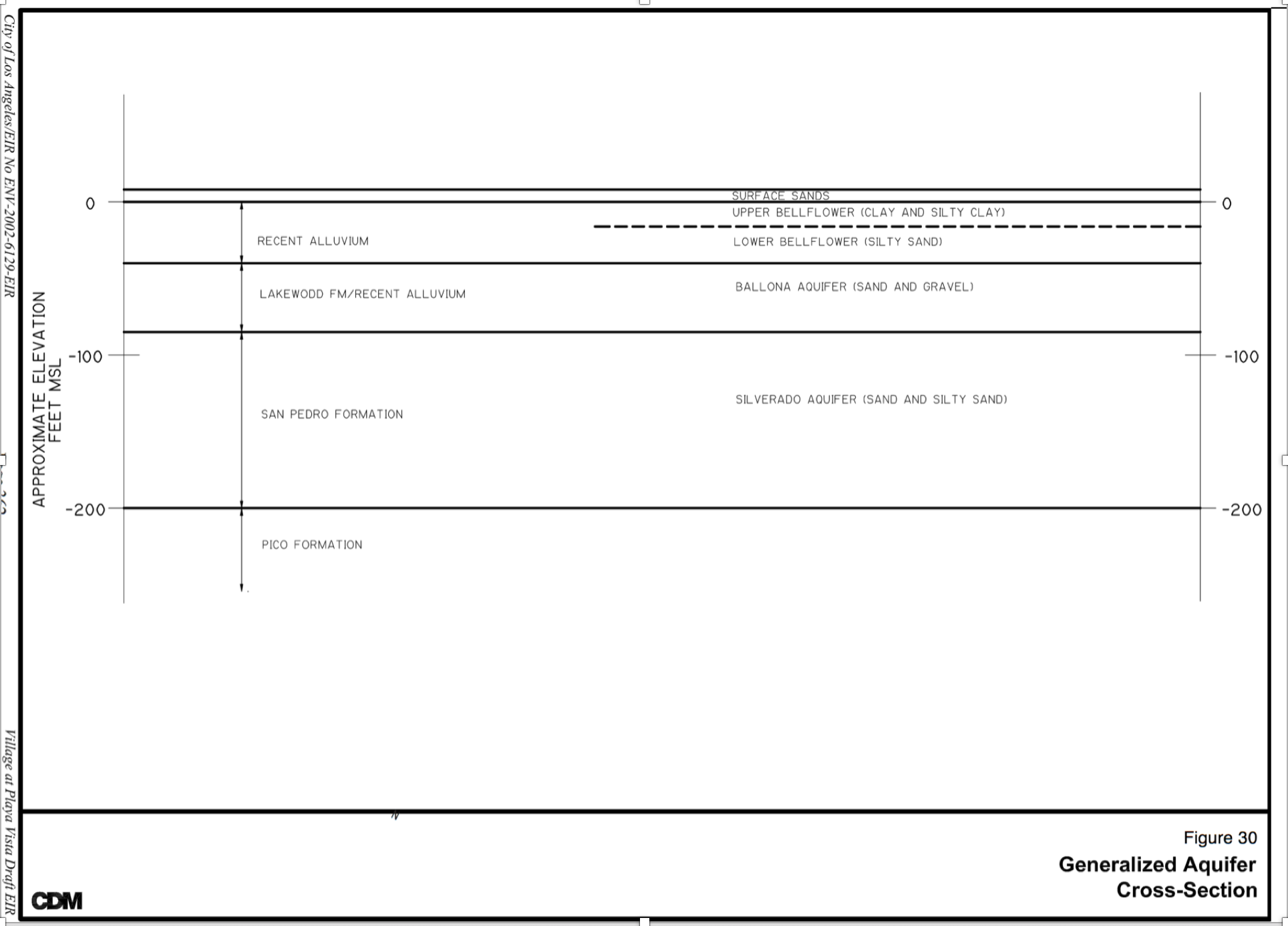 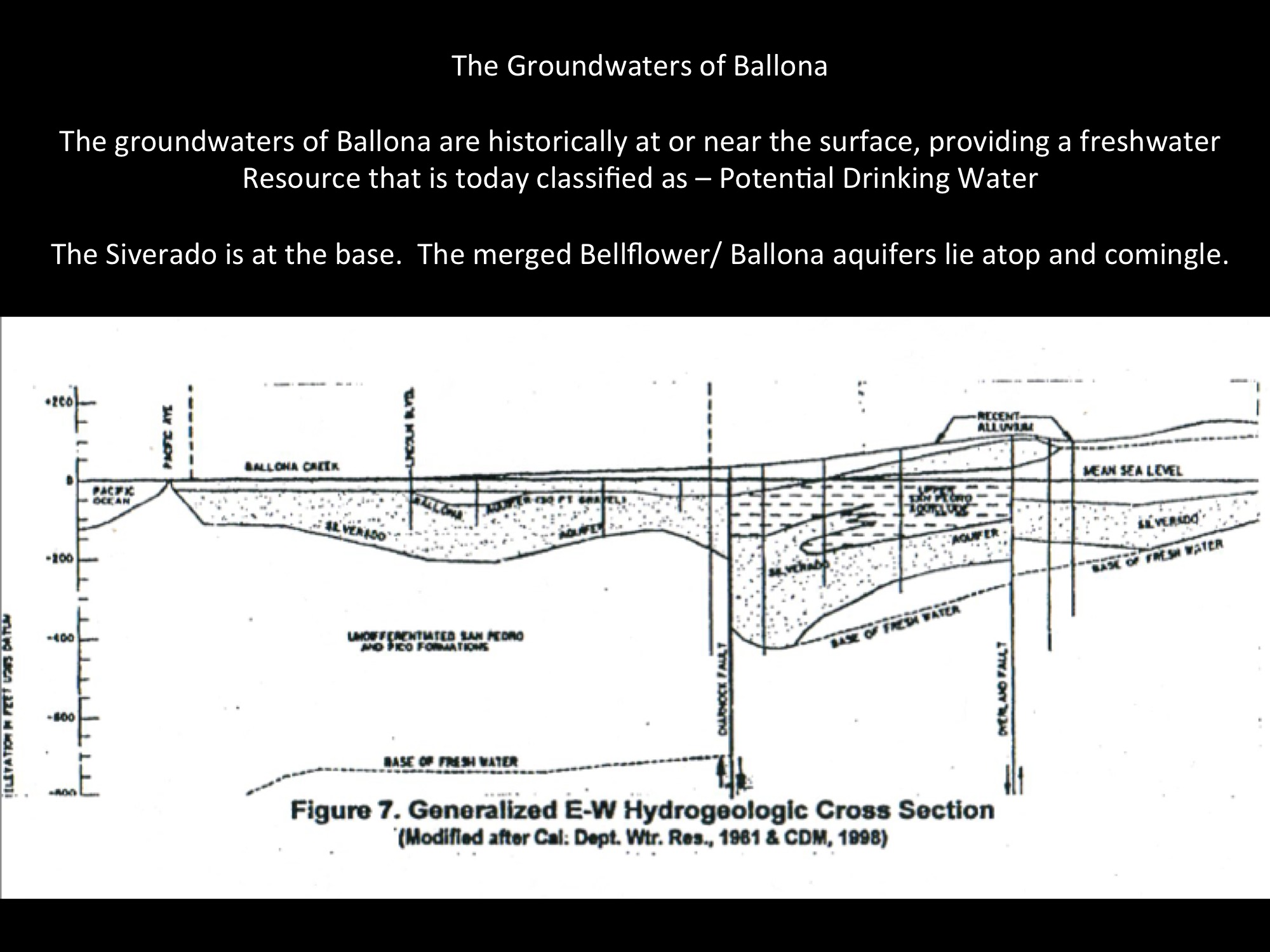