Earthrise, The Blue Marble, Pale Blue Dot, was taken December 24, 1968 by Apollo 8 astronauts circling the moon, the first men to do so.

From Wikipedia http://en.wikipedia.org/wiki/Earthrise on December 27, 2015:

In Life 's 100 Photographs that Changed the World, wilderness photographer Galen Rowell called Earthrise "the most influential environmental photograph ever taken." Another author called its appearance the beginning of the environmental movement. 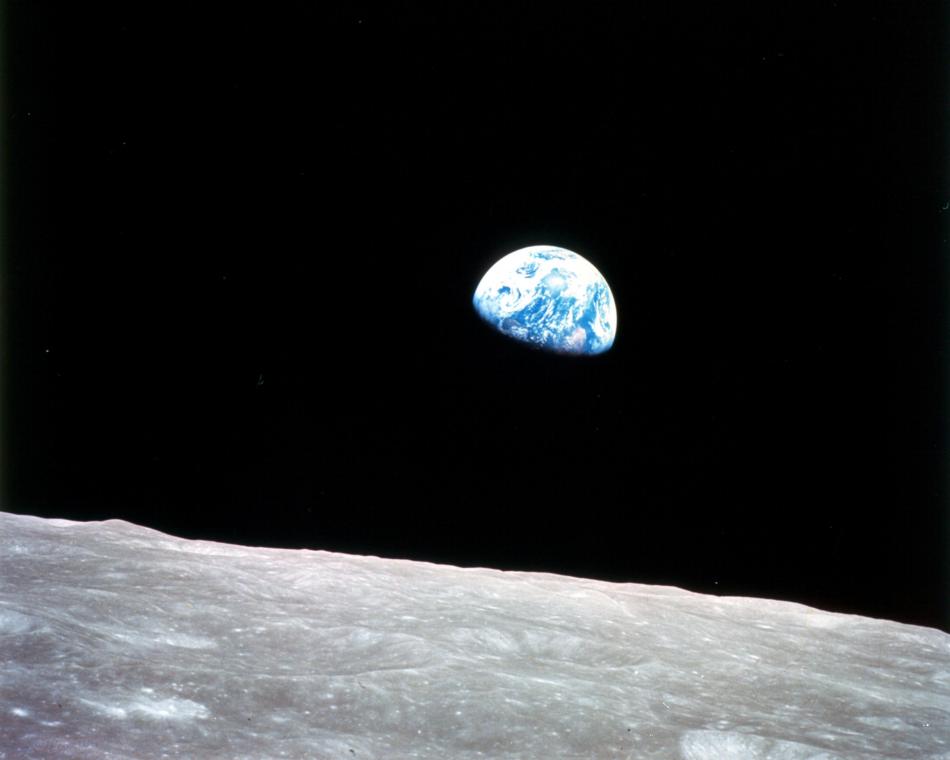 The Earth straddling the limb of the Moon, as seen from above Compton crater. Taken by the Lunar Reconnaissance Orbiter, taken October 12, 2015, honoring the 45th anniversary of Earthrise. 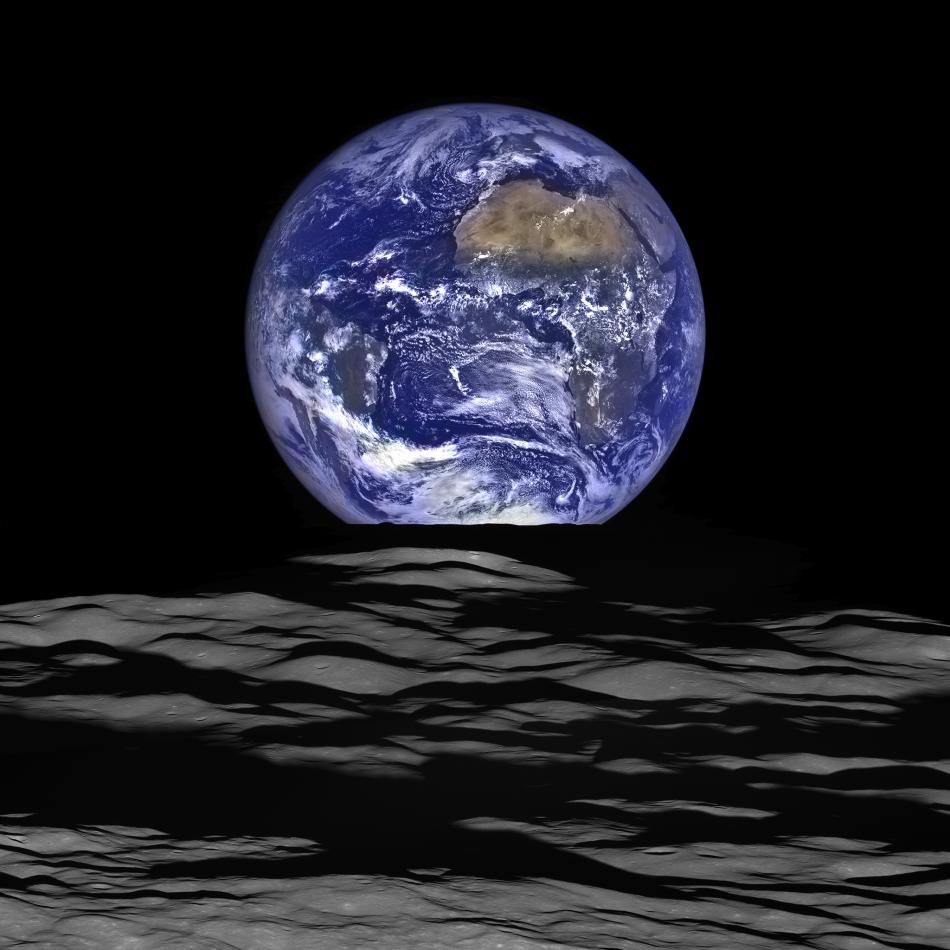