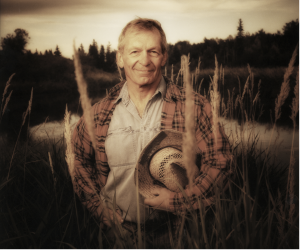 David Schindler, the Scientific Giant Who Defended Fresh Water Among the world’s greatest ecologists, his boreal research has touched all of our lives.
A magnificent piece by Andrew Nikiforuk

The first time I met David Schindler 30 years ago, he occupied an office the size of a closet on the eighth floor of the zoology building at the University of Alberta.

Piles of scientific papers erupted about the room like academic volcanoes. So much paper obliterated a desk that Schindler perched his computer on a TV tray. He didn’t like cities, and drove to work every day from Wildwood, Alta., 100 kilometres west of Edmonton. There he and his wife Suzanne Bayley were correctly known as “dog people.” They owned 85 sled dogs.

But that’s not what dumbfounded me. Schindler just didn’t look or behave like a university professor. People commonly mistook the lake ecologist for a rig worker or a farmer. The short muscular man could lift a car, ride a 10-dog sled team over 5,000 kilometres of terrain every winter, wrestle a group of men down a stairway (yes, he did that at Oxford University), hunt a moose and happily down a bottle of whiskey with no noticeable effects.

And then there was the peerless, cutting-edge science. By the age of 50, Schindler was one of the world’s top freshwater ecologists. Politicians and bureaucrats feared him because he wielded scientific evidence the way a Samurai swung a sword. His groundbreaking research on phosphates, acid rain, climate change, UV radiation and transboundary pollutants had rattled governments in North America and Europe and driven important policy changes around the world.